What Do Dreams Mean?

Since the beginning of recorded history, people have been interested in the images that play out in our minds while we sleep. It was once a common belief that dream is a window into the future. One widespread story holds that a citizen of the Roman Empire was put to death because he dreamed that he killed the Emperor. The person who interpreted the dream claimed the dream was, at the very least, a strong desire to kill the Emperor.

Dr. Sigmund Freud, the famous Austrian neurologist who opened the door to modern psychoanalysis, was certain dreams were not so much about foretelling the future as they were a projection of one’s wishes into the future which end up being twisted into the likeness of one’s past. From his perspective, one’s dreams are a window into the subconscious where people’s deepest desires and wishes are hidden even from themselves.

For example, a man dreamed that he spent time cleaning the kitchen. He washed the dishes—a lot of dishes. He went so far as to clean the floor. In reality, the man rarely spent any time at all in the kitchen. Through the process of free association set forth by Freud, the man might uncover his deep desire to become wealthy and give back to society and the world. The dream may mean that the man can work at whatever he chooses and find a way to fulfill his deep desire.

On the surface, dreams can seem pretty crazy. However, when taken apart and analyzed, a person might find the fears and desires hidden in his or her subconscious. You may not need a trained professional to uncover the meaning of your dreams; rather, look at your dreams through the lens of your deepest desires, and even the scary ones may not appear so crazy. It might very well be your subconscious at work.

How about prophetic dreams? There is compelling reason to suspect that not all, but some, dreams appear to foretell a future event. The purpose for such

dreams may be to warn us so that we can take measures to safeguard ourselves, like in the case of one remote viewer.

On August 17th, 1987, Northwest Flight 255 went down in Detroit with 149 passengers and six crew members, leaving only two survivors, one on the plane, and one off. A remote viewer agent who worked for an American government intelligence organization was scheduled to be on that flight, but he had a dream of being inside an aircraft on fire, filled with smoke and panicking people. He was shaken to the point that he ditched the flight and lived to tell the tale.

If you have a dream that stands out and the stakes are high, think about it twice.

Crash of Flight 255 Predicted in a Dream 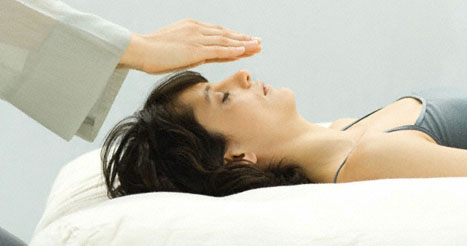